BBC reports on state of Broadband in the UK

Today the BBC picked up a report on the state of the UK Broadband.

It’s not pretty reading for many people.

Along with a picture of a snail the report says One in eight homes had download speeds below 5Mbps!

A village street in Bamfurlong, Gloucestershire, has been named as the slowest for broadband internet, according to an annual survey.

The fastest spot, by contrast, is said to offer speeds that are nearly 1,900 times faster.

It was named as Abdon Avenue in Birmingham, where the average speed was recorded as being 265.89Mbps. – Still slow in B4SH terms.

For the sake of comparison, those figures suggest it would take users five minutes 42 seconds to download all five episodes of Sir David Attenborough’s Dynasties series in high definition in Abdon Avenue, but more than seven days in Greenmeadows Park and less that 2 minutes in Albury.

You can check your Broadband speed on many sites. We tested our connection with Thinkbroadband.com and while still in beta testing received 0ver 900 Mbps. 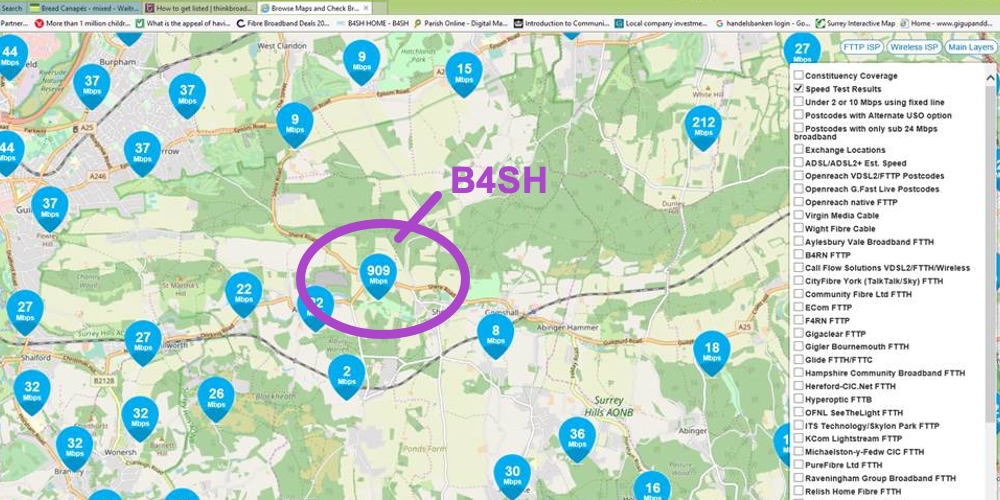 Editor - Alastair Dodwell
Surrey Hills resident and technology evangelist helping to bring 1Gig to as many local citizens as possible. MD of Digital 5M - building and managing websites and other digital assets, Tesla driver and keen cyclist in the hills.
Previous post
Next post